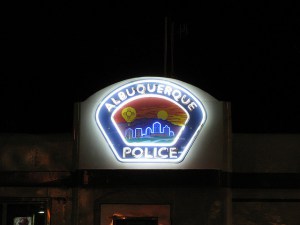 — Councilors toyed with police department issues at their Monday, May 6 meeting, but deferred final action.

There was discussion on the creation of an ad-hoc committee to come up with ways to revamp the civilian police oversight commission.

In the days leading up to the meeting, Greg Weber, president of the Albuquerque Police Department union, sent an email to members calling on them to show up in force. A large crowd was expected, but word must have gotten out that the topic was off the table—the meeting was sparsely attended.

Councilor Brad Winter said he and Councilor Rey Garduño asked for a vote deferral because they’re trying to put together a committee all sides feel good about. “We are working with an independent group from UNM,” said Winter. “We feel we need two more weeks.”

Councilors deliberated over a proposed a city charter amendment that would change the way the city’s police and fire chiefs are selected.

As it stands now, the mayor has sole discretion to make appointments. If the new proposal moves forward, voters will decide in the October election if they want city councilors to confirm the two positions. Council confirmation is already required for other mayoral appointments such as the city clerk, chief administrative officer and public safety director.

Newly appointed Councilor Janice Arnold-Jones said she worries about voter fatigue setting in if the council asks the public to weigh in on the issue.

“What will the voters really say? I think they will say, Why are you bringing this to us? Do your job,” she said. “It is not that I don’t believe in the voters. They just want us to do our job.”

When asked to weigh in, Chief Administrative Officer Rob Perry said the council should focus on the police oversight commission. Each councilor is responsible for choosing one member from their district. “Work on those challenges,” said Perry.

No formal action was taken because the charter amendment bill calls for two public hearings before a final council vote. No hearing dates were set.

During her stint as a state representative, the feisty, often independent-minded Arnold-Jones was a champion for government transparency and open access to official proceedings. And for the past couple of years, constituents have  asked loudly for more oversight and more accountability when it comes to the city’s public safety department heads—specifically the police chief. It was surprising to see Arnold-Jones take a stance that would sidestep increased public input on such appointments.

Red light camera company Redflex and its collection agency Creditwatch Services were under attack by councilors. Councilor Winter summarized the problem this way: “They are rude and obnoxious to our citizens. Our citizens should not be badgered when calling to settle a dispute.”

Perry and City Attorney David Tourek defended the right of Redflex to collect $13 million in outstanding ticket fines. The city and the state get a share of what is collected.

Councilor Don Harris jostled with Perry, telling the mayor’s representative to quit blaming the council for this mess. Perry said he wasn’t blaming anyone, just pointing out facts.

Tourek said people who dispute their tickets need to work their way through the system Creditwatch has set up to resolve disputes. He said the city’s hands are tied when it comes to the collection agency’s practices.

More than $650,000 in debts that can’t be collected were taken off the city’s books. City Treasurer Cilia Aglialoro said the accounts have been delinquent for at least four years. Councilor Garduño said he was concerned about the amount owed to the city, asking, “Do we need to call Creditwatch?’

The next City Council meeting is Monday, May 20, at 5 p.m. in the Council Chambers in the basement of City Hall. Watch it on GOV-TV Channel 16, stream it live or make a personal appearance and sign up for your two minutes of participation.