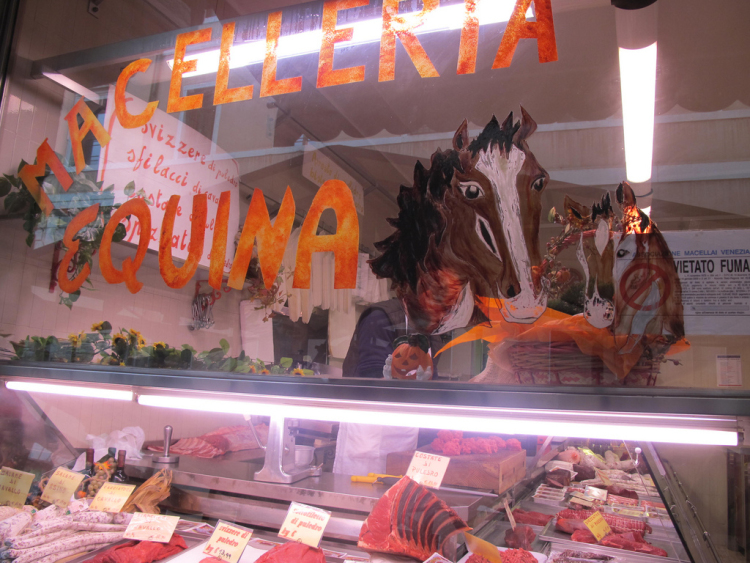 — A horse is a horse, of course, of course, unless, of course, that horse has found its way into your flame-grilled patties. Turns out, at least in some countries, they’re not “all-beef.” This discovery has consumers chomping at the bit to exclaim their outrage, indignation and horror at chewing a mammal that’s not the mammal they thought it was.

Before we get to the meat of this issue, let’s be clear: No horse has been found in any products stateside. The equine infiltration is so far limited to Europe, though this hasn’t stopped Americans from swearing off Burger King, Ikea and Taco Bell. Your Facebook and Twitter feeds will likely confirm this.

On its surface this appears to be a situation in which consumers feel misled about what they’ve consumed, and, rightly so, are demanding truth in labeling. And who can disagree? Consumers have a right to know what they’re purchasing. But this particular outrage seems misguided because it extends beyond mislabeling into food taboos. Had the inquiry found beef mixed with pork, it’s doubtful there would be such uproar.

There is nothing wrong about eating a horse when considered from a nutritional view. Horsemeat is low in fat, and surpasses beef when it comes to protein and iron. But horses are beasts we name, love, romanticize, and are usually the pets of the privileged and wealthy. They are designated for rolling meadows and happy-ever-after stories—not the dinner plate. We consider horse a food source only when we are also considering great-grandma’s dining table as a heat source. For Americans to dine on Black Beauty, times must be tough. The very idea is rife with implications.

While we’re wondering if we really had our last Whopper our way, we’ve hardly raised a stink about a study disclosing widespread seafood mislabeling. An average of 33 percent of fish sold is mislabeled, which means 87 percent of snapper is not snapper, and 59 percent of tuna isn’t tuna. Before you say, “Well, fish is fish,” think again. The fish you thought you were ordering may have been substituted with fish containing high mercury levels like tilefish, or, even more fun, escolar. Eating escolar can result in keriorrhea which causes an oily, orange discharge from one’s anus. Fun! But at least it wasn’t horse, I guess?

We seem to have enacted food standards that only apply to certain foods. And while we’re comfortable hiding behind the idea that these standards are “cultural,” they deserve to be explored instead of accepted as simply how things are.

We eat animals. All the time. They have feet and faces. We raise them (often in terrible conditions), kill them (cruelly), skin them (pulling the skin off the part we want to eat), cut them up (into the pieces we buy wrapped in cellophane packages), and eat them. The idea that only certain animals (cows, pigs, chickens) are acceptable to American palettes is silly at best, and, at worst, may even suggest more troubling leanings in our thinking about food.

After all, if partaking in horse (or any other taboo protein source) is only to be done as a last resort and a means of pure survival—put bluntly, OK for poor people—then this attitude suggests classism. Consider the scene in O Brother, Where Art Thou when the trio of fugitives seeks assistance from cousin Wash Hogwallop. Hogwallop serves horse for dinner, horse he suspects is past its expiration date, and the meal is heartily enjoyed until its underlying source is revealed. Not only did the characters fail to notice on their own what they were eating (much like the hordes of Swedish meatball lovers at Ikea), but the dialogue makes clear slaughtering the horse is a direct effect of the Depression. Add Hogwallop’s portrayal as a traitorous, backwoods hick, and the message is clear: Eating horse is uncivilized.

This leads to another unsettling question. If eating horse is considered uncivilized in America but seen as acceptable elsewhere, what does this suggest about our view of other cultures?

Attaching status to food is nothing new. Religions label certain foods as unclean, and entire cuisines are rooted in underprivileged populations creating fit fare from castoffs. While these cuisines have achieved an elevation in status today, divisions remain. Ire over steaks purchased with food stamps and attempts to restrict purchases points to an unsavory aspect of food’s place in our culture.

Until we can come to the table with a more egalitarian view towards food then every meal will served with a side of incivility, and this—not horsemeat—should leave a sour taste in our mouths.

19 thoughts on “Horsemeat is Food for Fodder”