— Even after whittling down the agenda, city councilors heard about a variety of issues from the public at its Wednesday, Feb. 20 meeting. Citizens raised problems with uPUBLIC (the city’s public access TV provider), fired back at police shootings and pushed for adequate funding for Downtown city services.

Several people spoke out about public access TV, including a passionate Nani Sanchez. She produced a popular show when Quote…Unquote, Inc. operated channels 26 and 27. Sanchez has spoken to the Council in the past and again expressed her disappointment in the new provider. She says uPUBLIC is not doing what it promised: picking up locally produced shows QUQ was airing. “I want my show back. I have passion, and I have support,” she said. City Attorney David Tourek defended uPUBLIC, saying Sanchez is not responding to emails from the provider. Councilors said they are reviewing the situation and waiting on a report from Chief Administrative Officer Rob Perry on the status of uPUBLIC.

Rob Dickson is an infill developer who turned the old Albuquerque High School property at Broadway and Central into 234 homes. He attended the meeting to share what he called his practical ideas.

Dickson began by saying a thriving city needs a world-class public education system and university to have a strong local economy. But he also argued that Albuquerque needed to set its goals much higher. “Cities that can develop, attract and retain the most talented people will be the most successful economically,” Dickson said. “The cities with the highest level of walkable urbanism and high quality transit service are doing the best job of attracting the most talented people.”

Is Albuquerque competitive today? No, he said, but it could be because of its unique assets. He said city’s policies and practices work against reachable goals, and encourage instead sprawl and auto reliance. Dickson left three economic goals with the Council to ponder: reduce fossil fuel use in our lifetime; make Albuquerque the best pedestrian, bicycle and transit city in the country; and build the strongest local food economy in the nation.

At a previous meeting, the City Council deferred a decision to front $183,000 owed to the Downtown Action Team. This is money the city owes but obtains by collecting from Downtown property owners, some of whom haven’t paid their bills.

At the Feb. 20 Council meeting, a number of property owners, including representatives of some of the biggest office buildings, showed up in support of the DAT. The City Council approved funding the team while the city attorney aggressively pursues its collection efforts against businesses that are behind on the district’s self-imposed tax.

Councilor Don Harris was the only vote against funding the Downtown Action Team while the city collects what is owed.

• The demolition of a problem property on James Court NW

• The interim use of city’s historic Rail Yards Blacksmith Shop for such things as a farmer’s market, art exhibits and musical performances

• Giving the National Dance Institute $200,000 to help with the renovation of the old Hiland Theater on Central

The next Albuquerque City Council meeting is Monday, March 4, at 5 p.m. in the Council Chambers in the basement of City Hall. Watch it on GOV-TV 16 or at cabq.gov/govtv. 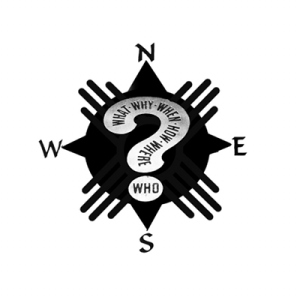