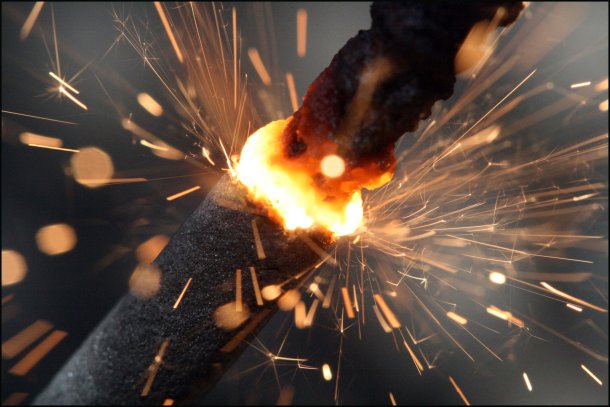 —Thinking of shooting off some cherry bombs, Roman candles or bottle rockets as we approach the Fourth of July?  Well, better think again because the fire fuzz will be looking for wannabe pyromaniacs who choose to ignore the City Council’s ban on certain fireworks.

Council members unanimously approved the ban at their Monday, June 3 meeting. Folks caught lighting up the wrong fireworks can receive up to a $500 fine or 90 days in jail. (See caption above for the list.) Sparklers, fountains and cones are among other fireworks that can be set off but must be lit on barren or paved ground with water nearby. And it’s a no-brainer that any and all fireworks of any kind are prohibited in all of the state and city’s wild lands and open spaces.

Steve Armijo said he was speaking for a friend who is a firework vendor that could not be at the meeting. Armijo said his friend already bought fireworks for the season. He said vendors add to the city’s economy. Councilor Don Harris responded that the city does this ban pretty much every year, so no one should be surprised, and nobody should have ordered fireworks. Councilor Brad Winter said he has had more constituents this year than before asking for the city to ban fireworks altogether.

Fire Chief James Breen pointed out that there are limitations on what can be banned. The Council does not have that power, and bills in the Legislature allowing municipalities to ban fireworks completely have died under lobbyist pressure.

Councilor Rey Garduño asked for a a discussion of spending $300,000 to refresh the city’s Bio Park’s master planning. Garduño suggested not spending the money on a plan but to directly on the staff or other needs at the Bio Park. “I propose we not accept this bio plan and put some of the money towards other expenditures,” he said. His motion wasn’t seconded and failed.

The contract with NCA Architects for the work was approved on a 8 to 1 vote. Cultural Services Director Beatriz Rivera said it has been more than 30 years since any master planning has been done at the zoo and 15 years for the rest of the Bio Park. Councilor Don Harris said Garduño made some good points, “but we need to invest as much as we can into one of our cultural jewels.”

NCA is also designing the city’s insectarium. These planners say they will look at all aspects of the Bio Park from the exhibits to the business practices. They plan on workshops and other input gathering methods as part of the process. Here’s a PDF providing details of the contract and the master plan: EC-395

The city has three plans to cover the large region that borders the Petroglyph National Park. All three envision a mixed-use and walkable development and aim to reduce traffic congestion on the Westside. They vary in density to protect the unique landscape of the area.

A couple of people spoke out in support of approving the Volcano Heights plan saying it has been a long time coming. Take a look at all three plans and how they will change the city’s western landscape.

The next City Council meeting is set for Monday, June 17, at 5 p.m. in the Council Chambers in the basement of City Hall. Watch it on GOV-TV Channel 16, stream it live or make a personal appearance and sign up for your two minutes of participation.